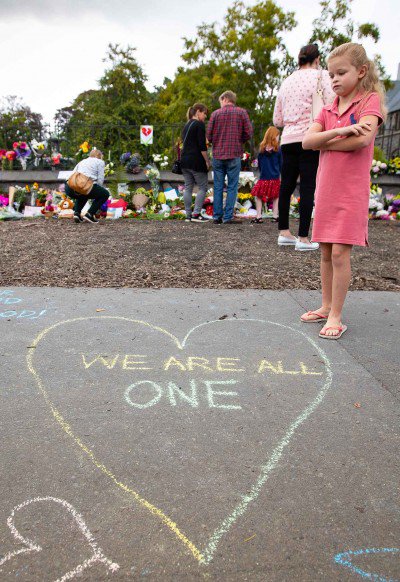 I am a Kiwi abroad, a Christchurch native, one of the million or so New Zealanders who have found themselves scattered across the various corners of the globe, my home, for now, Siem Reap, Cambodia.

Yesterday, 15thMarch, started like any normal Friday for me – a run and breakfast, followed by a quick trawl of the websites back home. ‘Home’, it’s a strange concept living so far away. This century I have spent more time away from the plains of Canterbury, the long straight avenues of the Garden City and the parched February hills of Banks Peninsula than I have lived amongst them. But the spirit of Otautahi maintains a hold on me, the sense of home running deeper than the roots of the old-growth totara of Deans Bush.

At 7:00 AM (1:00 PM NZT) the lead stories on the web were of the climate strike and the weekend’s Super 15 games, with a measles outbreak the matter of biggest concern in Christchurch. Two hours later, at 9:00 AM, refreshing the page I was greeted by ‘breaking news’, the note brief, a report of a shooting and fatalities at a Christchurch mosque. I paused and tried to recall my ex-home town’s geography—I knew this mosque—I had run, driven and cycled past it many times, the low slung building with its tall minaret part of the city’s fabric to me.

This was just the start and through the rest of the day events unfolded like a surreal and violent movie, the stories accompanied by images that featured macabre contrasts: blood stained trousers and the lush green of Hagley Park, white bandages on dark bitumen, bronze coloured bullets across well-cut grass verges. And in the space of a few hours the city I considered quiet, conservative, a bit ‘uptight’ had joined the global ‘atrocity list’—New York, Paris, Marseille, Manchester, Pittsburgh, London—places where hate and weapons have morphed into unthinkable violence against our follow humans.

Across websites various stories spoke of a ‘lost innocence’—supported by the ‘welcome to the real world’ comments of various ‘experts’, a number who seemed unable to contain their smugness at being proven right—as if the events of the day are how life is meant to be. In my heart I am not convinced that Christchurch or New Zealand have ever been as naïve as they suggest, but rather like humans the world over, be it matters of natural disaster or acts of terror, it is only when the ground shakes or when shots are fired that the reality becomes just that – real – and we are forced to deal with the consequences. Yet there is nothing that says it has to be or remain that way. I hope people remember that.

Last evening I sat on my own and tried to make sense of what had unfolded. In between tears the occasional Cambodian friend chose to message me with questions, one asking ‘Is New Zealand a violent place?’ another querying, ‘how come it happened in New Zealand?’ Living in a country where nearly 2 million people perished during the Khmer Rouge I felt unable to reply about violence in my native home. Perhaps I could have told them about the underlying menace that I often felt on the streets of the Garden City or of the people who had threatened, back in my DJ’ing days, to put ‘burning crosses on my lawn’ because I played too much ‘black music’. But these replies seemed insufficient, just snapshots from a larger picture, a picture that will be studied more closely in the weeks and months to come.

From afar there are also things to hold precious about the last 48 hours. The bravery of the country’s police, the professionalism of its health providers, the binding of community— irrespective of race, gender or religion—in displays of compassion and a grief shared; and a PM who, when speaking to a man who has done more than most to foster hate, spoke of the need for love. From here it seems that, as Kiwis, it is only when events tear away our facades, bring us to our true selves, that we become the people we strive to show the world: open and inclusive, a people able to hug and cry in the street.

It is mid-afternoon of the day after and I can hear the chanting of monks, the sound of rosters and a wedding party down my unpaved road. It is 31oand Cambodia rural life goes on outside the window where I type. A mood of disbelief remains with me about what has happened an equator and a tropic line away. But my hope is that one-day, should I return, that the events of March 15th will not have seen Christchurch or New Zealand turn inward; that the quest to find answers and fashion responses has not been tainted by politics or knee-jerk reactions; that in answering the horror of that early autumn day the country has become stronger and better – a place where the seeds of hate, ignorance and prejudice are unable to germinate and flourish. If New Zealand and Christchurch manages this then it will have emerged from this tragedy a better place: a place that I remain proud to call ‘home’.