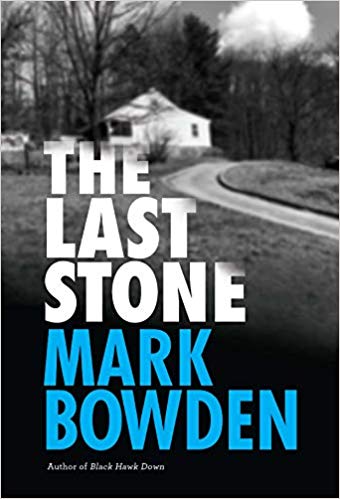 The author of Black Hawk Down delivers the real-crime book of 2019. On March 29, 1975, sisters Katherine and Sheila Lyon, age 10 and 12, vanished from a shopping mall in suburban Washington, D.C. Despite the dedicated efforts of law enforcement the disappearances remained unsolved until 2013, when a cold case squad detective found something he and a generation of detectives had missed. Unlike recent resolved cold cases this is not a tale of DNA and ‘new’ science but a story of good ‘old fashion’ detective work and the last clue—the metaphoric last stone—that was finally turned 38 years after Katherine and Sheila disappeared into the D.C. afternoon haze.

HOWL says: “With the pace of a intricate thriller, Last Stone is a cerebral tale that keeps you riveted, from the first page to the last. A return to form from Bowden.”

“In The Last Stone, Bowden focuses on 21 months of questioning by a revolving cast of detectives, telling a stirring, suspenseful, thoughtful story that, miraculously, neither oversimplifies the details nor gets lost in the thicket of a four-decade case file. This is a cat-and-mouse tale, told beautifully. But like all great true crime, The Last Stone finds its power not by leaning into cliché but by resisting it ― pushing for something more realistic, more evocative of a deeper truth. In this case, Bowden shows how even the most exquisitely pulled-off interrogations are a messy business, in which exhaustive strategizing is followed by game-time gut decisions and endless second-guessing and soul-searching.”―Robert Kolker, The New York Times