Spirit of the Storm 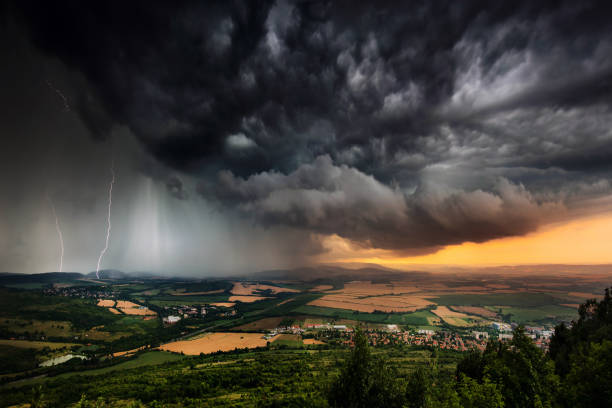 Samnang gazed to the southwest, dark and roiling clouds rushing towards him, heavy and intimidating yet bringing a welcome release from the oppressive heat of the last month.

There was no way he would make it back to his family’s hut in the small village near Angkor before the monsoon unleashed its watery load and its winds blew hard across the land.

He had lingered too long by the river, lulled into sleep by the fragrant rumduol flowers that surrounded his favourite fishing spot. His dreams had been impossible dreams that had seen him elevated to the royal court. He had been a kumara under Mahaparamasaugata and had spent his days hunting or learning combat skills and bokator and his nights sipping rice wine and surrounded by nubile dancing girls. Ah, the soft embraces of those girls, though not as soft as the embrace of impossible dreams.

Samnang was wise for his thirteen summers, or at least so he believed. He knew his dreams were nothing more than wishes that would never be granted. He had accepted that the reality was to spend his days working the land or fishing and that nights were for nothing more than sleeping to prepare for more of the same days ahead.

At least the rice wine was real and that although he would never experience those dancing girls, he was promised to the fair Arunny, a true morning sun in his life. It was, of course, an arranged marriage. Arunny’s family owned several cattle while Samnang’s family owned a larger piece of land but had fewer cattle. The marriage would bring the two families, and the two farms, together. Samnang would then inherit all, though of course Arunny would be the real power in the family. She was an only child while Samnang’s only brother was a monk in Mahendraparvata.

But now was not the time for dreams or for thinking of his future bride. Those dark clouds were closer now, encroaching on his position like the horde of savage Tais under Pho Khun Bang Klang Hao his father had fought 10 years before.

Samnang knew this area well. It was his playground, his battleground, his hunting ground, his very own little empire. The nearest rest house on the highway was too far to run before the storm struck. But there was a possible haven closer to him, a pile of ancient rocks that he had used as a fort many times. While not covered, it would offer shelter to this young warrior prince.

He gathered his fishing gear and that morning’s catch and nimbly sprinted for the safety of his fort. As he ran, he could feel the monsoon’s vanguard wind begin to rise in strength, though he thought of it as Buddha’s breath urging him forward to escape the advancing storm.

He reached his special place, noting that the small copse of Troyak trees next to one of the larger boulders had grown since his last visit and would provide more shelter from the rain. He found a corner between two large rocks with a tree growing in front of them and hunkered down to await what the storm would unleash.

When it came, it was as ferocious as any warrior, drops the size of pebbles given added anger by the driving wind. He had chosen his spot well, with only a little of the storm’s onslaught reaching his refuge among the rocks.

The storm was unrelenting, though the dry and parched earth welcomed the life-bringing rain, the first true monsoon of the season. There had only been a little rain in this last month, two days of teasing of the deluge to come.

Samnang knew his father would be angry, not so much at him being out in a storm, more for not being home to get the livestock into shelter. They had lost two of their cattle in a thunderstorm the previous year, the charred feast the family enjoyed still leaving a slight bitter aftertaste because of the loss.

Although it was still early afternoon, the menacing clouds made it as dark as early evening, and the wind brought a chill to Samnang’s bones. Why had he lingered so long by the river? Why had he fallen asleep?

A noise startled him, was that a laugh he heard? And how could he hear anything above the volume of the wind and the rain? He peered out into the driving rain and was shocked to see a figure strolling nonchalantly between the boulders. He was huge, well over six feet tall, but what shocked Samnang was more that the man, if it was a man, had four arms. One hand held what looked like crackling lightning, another an axe, a third held a discus, and the last carried what looked like an elephant goad.

The reason for that last item became clear as a white elephant appeared and walked up to the man who fondly stroked the animal’s trunk.

This was no man, this had to be a God.

The God laughed again and turned to the elephant saying,

“Ah, Airāvata, is this not glorious? Is it not fitting that we who came from the Churning of the Ocean of Milk oversee the churning of the sky?”

Samnang gasped, it really was a God.

To his horror, the God heard his gasp over the storm and turned to peer into the boy’s hiding place.

“You! Boy! Come here now.” The gods voice contained all the sound and power of the thunder in the skies above and Samnang felt compelled to obey.

He walked up to the God, keeping his head bowed to show respect.

“Why are you hiding here, boy, and what is your name?”

“I got caught in the storm, sir.” Stammered Samnang. “My name is Samnang.”

“It is good that you know one of my names, boy. It shows that men still respect the Gods and have not forgotten us. I am also called Indra or Sakra, but my Khmer children know me by that name of Pah En.”

“Of course, sir, we honour you in the family shrine and leave offerings for you every day.”

“I am impressed, boy. I sometimes forget that the children of earth still do such things. But tell me, why are you not cowering in fear before me? Look at the wildness of this monsoon, the chaos my actions bring to the country. People and animals shall die, homes will be destroyed, does this not make you angry with me?”

“No sir. Of course I am afraid of you, you are a God after all. But why should I be angry? Life is an ever revolving circle. My father once brought home an old coin from the ancient kingdom of Funan. The coin had a picture on each side though they were faded with time. Your actions in bringing storms and monsoons to the country are like those coins. On one side is the chaos and destruction. But the other side is the more important. Your monsoons bring life back to the fields that have been long starved of rain. Your monsoons fill the rivers and lakes and the fish begin to breed again. So while there may be some death and loss, it is the life that we focus on and thank you for.”

“This is my thirteenth year, sir.”

“So young? Yet you show a wisdom beyond that of many adults. Yes, I bring life as well as death. My Khmer children must continue to grow, to become wiser, and to flourish. Tell me, what are your plans in life?”

“Sir, next year I shall marry the girl promised to me, Arunny. Our families will join together as will our farms. I will continue to work hard and to learn from both my father and Arunny’s father so that I can make our farm profitable. And then…” Samnang giggled, “we shall make many babies together.”

“I have not spoken to a mortal in many centuries but I like you, Samnang. Promise me that you will remember the old ways and the old gods and that you will continue to honour me.”

“Then I give you my blessing, Samnang. Your farm will flourish and all your babies will be born healthy and grow up to be great men and women. Now I must leave you. I have more storms to sow to bring this land back to life.”

With those parting words, Pah En mounted Airāvata and with a final wave, rode off into the storm.

When Samnang got home, he told his family about his encounter with the spirit of the storm. At first, nobody believed him, but when each successive harvest was better than the last, they finally believed the boy had been blessed. 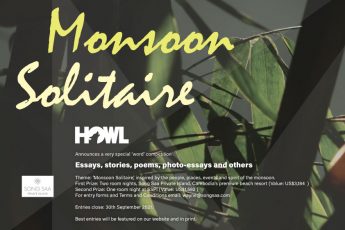 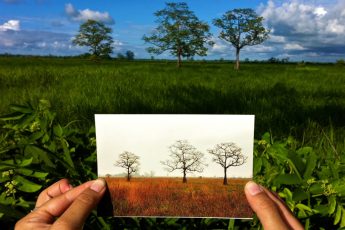 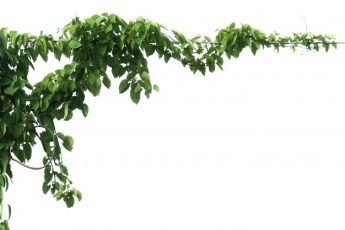