The revival of poetry in Cambodia and beyond

It’s 8:30 PM on a Saturday and One Eleven Gallery is pumping. From across the traffic island a combination of applause, shouts and the occasional ‘howl’ chop through the humid night air; lines of rhyme and verse filling the monsoon twilight like word-lit fireflies, flicking and darting, invigorated by the will of an appreciative crowd and not a little amount of alcohol. The HOWL Word Jam 2019 is in full swing, the gathered ensemble spilling out onto the verges of the footpath while, in the sky overhead, flashes of lightening forewarn of a wet season deluge.

Inside, standing before the microphone, dressed in a long red sweat top, Nisha is regaling us with a poem that, twelve hours before, did not exist. A participant in a morning creative writing workshop, facilitated by Writing Through, her artistic energies have birthed a poem that unfolds like a beautiful wave.

You are my Saturn, the ring around my heart,

You are my Mars; the fear is in your eyes,

You are my Earth; you are as lively as an angel.

You are my Venus, the goddess of love and belief,

You are my Sun, the light that shines on my whole world.

With her last words still echoing from the speaker the crowd erupts with applause. Still standing Nisha appears shocked; unable to fathom, it seems, how words she crafted can evocate such a reaction. She nervously covers her mouth and gives an appreciative nod, while behind her palm a broad smile slowly fills her young Khmer face, surprise giving way to delight.

Poetry: What to make of this sanctified and other times maligned literature form, a form that seems to navigate its way between peaks and troughs?

During its dip moments poetry can seem elitist and obscure, something clichéd and sentimental perhaps, writing that—either way— is irrelevant to the wider populous.

During its peak moments, however, poetry can seem like a tidal wave—a force inspiring and driving expression; a creative surge setting fire to the cafes, bookstores and performance stages where it fines a home.

More often, however, poetry seems to just meander along, persisting with a resting heartbeat; known to those who value such things while the rest of us carry on with life.

Currently, though, poetry appears to be enjoying one of its ‘up-swing’ moments. In part this has evolved from the ease of online sharing and distribution, the typical poem being ideal for the attention span and cell-phone screens of the average reader.

Across Australasia, Canada and the United Kingdom this momentum has coalesced around a bevy of young female writers (more here). They include Hera Lindsay Bird (NZ) who burned up the internet with her poem Keats is Dead so Fuck Me from Behind; Rupi Kaur, a 26-year-old Canadian-Punjabi, who dominated bestseller lists in 2018; and the slightly older Carol Duffy, the UK’s first female poet laureate. These and other women poets have attracted millions of online supporters, the internet permitting them to buy-pass the traditional male-centric publishing houses and capture a new range of attentive readers.

Poetry and the Kingdom

In Cambodia poetry seems to be experiencing its own moment of upward popularity. In truth there has been little where-else for the form to go, the period of genocide and civil war having gutted the country of the educators who had previously nurtured poetry in the kingdom’s schools and universities. In the following years the necessity of family has encouraged parents to push their offspring into the commercial, hospitality and administrative sectors, depriving their progeny of the opportunity to explore poetry, even recreationally.

This is not to say that Cambodia has never had a healthy poetry community. Poetry was openly encouraged during the golden years of the 1960s, the creative arts flourishing under the patronage of the late King Father Norodom Sihanouk. During this period writers, such as Kong Bunchhoeun—one of the revered poets of the era—moved between song and filmmaking, novels and poetry to earn their reil and fuel their muse.

Cambodia has also been the destination for numerous international poets, arguably the most famous being the beat writer Allen Ginsberg; the man who launched ‘a thousand berets’ with his signature work Howl (a poem that has inspired a certain Siem Reap-based word pop-up). Ginsberg travelled to Siem Reap in 1962, visiting the revered temples as part of a wider spiritual odyssey that had already taken him to India and elsewhere in the Far East. Ginsberg, as poets do, chose to capture his temple experience in the long-form poem Ankor Wat (sic)—published by Fulcrum Press, complete with photographs by Alexandra Lawrence—in 1969. It is a long meandering work that suggests Ginsberg partook in some of the local herb before his temple excursions. The beat master seemed to be particularly taken by Ta Prohm, the temple’s famous vista of intertwined roots and stone offering perfect fodder for Ginsberg predilection for druggy symbols and metaphors.

The huge snake roots, the vaster

octopus over the roof

As frail as stone is, this harder wooden

Moving to the contemporary and the local, the current revival of poetry is being driven by developments at the grass roots, with organisations and learning centres, alongside the energy of motivated individuals, leading the way. Foremost at the former level is the inspirational work of Writing Through, an NGO devoted to nurturing thinking skills, self-esteem and language fluency through creative writing, with a specific focus on youngsters from populations ‘at risk’ (besides Cambodia the organisation also works in Singapore and Vietnam).

In September a selection of poems by former Writing Through students was published in an anthology, the first such publication by the organisation, each of its collected works offering a unique window into the lives of its young authors – their hopes, fears and their dreams for the future. The book is a noteworthy achievement and a testament, not only to the Writing Through mission of “saving minds, one poem, one story at a time”, but also the dignity of the students striving for a notion of the past and a future in the heartlands of the kingdom:

I get a lot of problems in my life

But I never leave my dream

I’m not afraid of my mistakes

Life is short, make it beautiful.

A different contribution to the revival has come via the way of LiterTree, an enterprise featuring five 13 – 14 year-old female students from the Liger Leadership Academy, who have developed the computer app Naeng-Norng (‘Rhyme and Rhythm’). The application works as a tool that budding Khmer poets can use to help them craft their work, its features including platforms for sharing and discussing poems, advice on poetry structure and even a search function that allows users to find Khmer rhyming words. In September the innovative worth of the application was recognised at no less a venue than Silicon Valley, California, where the app was awarded second place at the annual World Pitch event.

Elsewhere in the kingdom other individuals have made it their mission to ensure that the poets of old have not faded from sight. Significant here has been the effort by Puy Kea to collect and publish the works of Krom Ngoy (1864 – 1936), a man considered by many to be the father of Khmer poetry. Krom’s importance to Cambodia poetry is underpinned by the experiences of those born and raised in the kingdom prior to the Khmer Rouge, where a common memory was the reciting of his poems by parents and teachers. Despite such significance Kea was disheartened to learn that much of Krom’s poems were in danger of disappearing forever, with only a few tattered copies of his printed works remaining. Searching out what he could find Kea, in 2016, published a single volume of Krom’s poetry, the publication being widely distributed following its release.

A number of other Cambodians are making poetry waves that have gone beyond the kingdom. Kosal Khiev, ‘Cambodia’s Son’, is probably the best known of the artists who have nurtured an international and local following, helped in part by the success of a film documenting his life as well as the man’s infectious creativity and performance – few can tire of a Kosal Khiev open-mic.

Lesser known in Cambodia, despite achieving broad international recognition, is Lang Leav, a child of the Thai border camps who later emigrated to the more restive environs of Australia and then, later, New Zealand. In the Antipodes she found her voice and has published several collections, including Sea and Strangers and Love Looks Pretty on You. Leav’s mediations on love, relationships and writing have found a keen international audience, especially amongst young adult readers—making her one of New Zealand’s top selling international poets—much to the consternation of some of this country’s literati who consider her musings ‘naïve’ and ‘tweed’. Having stumbling on two of her volumes in a popular Hong Kong bookshop—I had never heard of Leav until that point—I find her writing compelling and thoughtful; certainly more worthy of public acclaim than critical derision.

I thought of you with

I thought of you

as it was breaking again.

I think of you now,

as I am healing.

I’ll think of you then.

(‘Forever on my Mind’, Lang Leav, from Sea of Strangers)

There is much more going on than I can cover here with workshops, festivals and collectives sprouting up around the kingdom—some living, others dying—as the muse takes hold. Poetry appears to be moving upward and it remains to see where this may lead, but for sure it promises to be an interesting ride.

Jess gives a stirring recital that burns the state image of Singapore; Mick speaks of creativity in an accelerated age; Wayne remembers fallen heroes and Christie reminisces, but it is Sabhor who enjoys the most popular cheer of the night. Another graduate of the morning’s Writing Through workshop his assured delivery on the fate of a squirrel belies the nervousness he showed prior to his moment in the spotlight. At the night’s end he is the resounding winner of the audience choice award, his beaming face joining his alumni colleague, Nisha, who is awarded the second runners up spot for her ode to the universe and love.

Outside the rain has stopped while inside the microphone has been switched off but One Eleven is still humming. This year’s word jam has made us laugh, ponder, perhaps spring a hidden tear, but most of all it has made us HOWL – to cry out and celebrate words composed, given life and set free into the monsoon night.

Poetry is alive in the kingdom
See you next year. 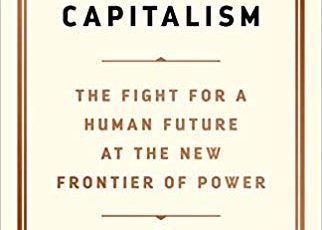 Howl's No. 7: The Age of Surveillance Capitalism