We of the HOWL team welcome Ms. B to our esteem pack of eager reviewers. Describing herself as “bi-coastal”, “multi-faceted” and a woman who knows her way around a ménage àtrois,“even with the lights off” (her words, all), there could be no one better to review Lisa Taddeo’s much hyped ‘Three Women’. Over to you Ms. B.

“It’s the nuances of desire that hold the truth of who we are at our rawest moments. I set out to register the heat and sting of female want so that men and other women might more easily comprehend before they condemn. Because it’s the quotidian minutes of our lives that will go on forever . . .”

Oh dear. I do not know if I want to continue reading or just throw the book at the wall . . . Lisa, please! No more. I know that you have worked eight long years on this tome; I know you are talented writer and that you have probably rewritten the above paragraph umpteenth times, but please, stop now!!!!

Okay. I’m back. It was a touch and go there; the question being, would I need to fish my review copy of Three Women from my landlord’s catfish pond? Or would I go on Tinder to see who was new in town? But there is a job to be done with a task, laid out before you, to share my critical thoughts on Ms. Taddeo’s new opus. So to the nuts and bolts, or maybe just the nuts given the topic in hand (all words and phrases are loaded in this review).

Lets start – Two-years shy of a decade in research and writing Lisa Taddeo’s Three Women does not simply announce itself, it kicks down the door. At least that is the impression left by the endorsements that flourish on its covers:

“This is one of the most riveting, assured and scorchingly original debuts I’ve ever read”(Dave Eggers). ‘Riveting’, ‘assured’, ‘scorchingly’, one wonders if Eggers was rewarded on the basis of how many superlatives he could include in his writer’s blurb. And is ‘scorchingly’ even a word? My spell check, in open revolt, says ‘no’.

Ms. Eat, Pray, Love – Elizabeth Gilbert, takes things up a notch or four . . . “ A masterpiece on the same level as In Cold Blood”

Hold on a minute Liz. Have you engaged in a tantric yoga pose for too long? I mean no one! No one! Can challenge my man Truman when it comes to immersive, narrative non-fiction.

[Ed. Disclaimer: While we at HOWL all regards Truman Capote’s seminal work with the highest esteem we accept that Hunter S. Thompson and Tom Wolfe might have something to say about its status in the pantheon of ‘new journalism’]

So what is the topic of Ms. Taddeo’s much-praised book? Its actually quite simple, one word in fact: desire. Although as the 300 pages of Three Women reveal, ‘desire’ is never simple. It is ‘nuanced’ as Lisa eloquently puts it. Me? I would choose a more colourful adjective.

As a reviewer I do not favour the approach of picking over a book like a Moscow dissentient eating lunch in a Russian restaurant. Rather, I like to employ what I call the ‘alien test’. Here is how it works. Imagine you are an alien who has landed on earth and have absolutely no idea how humans function; in fact the only thing you know is how to read English (here I am thinking of a cute alien, something like ET, not one of those creatures that bursts out of John Hurt’s stomach so many Sigourney Weavers ago). Now, as an alien you pick-up and read Three Women, drawing conclusions about humankind at its end. Here are your observations:

Women, in contrast, veer towards victimhood, complicity, desperation and varying levels of obsession. Revenge is, on occasion, employed.

Moving to the matter of sexual congress—which to an alien would probably appear, well, alien—such acts are mostly illicit and awkward, while best undertaken in the back of a pick-up, in a school classroom or in the family basement.

Clearly we are not in Kanas here (‘right Truman?’) so where are we?

The answer is embedded—as much as a writer and by default a reader can ever be—in the lives of three women (yes, the title keeps it simple) and their contrasting experiences in the spotlight of ‘desire’. We have Maggie, a high school student who finds herself entwined in an emotional and physical (think hands, lips and fingers) relationship with her school’s most popular teacher. There is Lina, an unhappily married housewife, who fines salvation in the arms—and the rear seat — of an old school flame. And Sloane, the most callow of Taddeo’s informants, who has a voyeuristic complex that is complemented by her husband, who enjoys watching her have sex with other men (and women).

Complicated? Likely. Messy? Most definitely! For all of Taddeo’s lead characters—and remember we are talking non-fiction here—suffer for their desires and the actions they trigger, with only Lina surfacing from her story with any form of satisfaction. Still, even for Lina you feel her life could collapse at any moment, her passions backstopped by clouds of looming darkness.

As a writer Taddeo has the skill to transform copious reels of audiotaped interviews into chapters that flow coherently across multiple story and time-lines. She also has the emotional disconnect of an Idaho potato farmer; so while her subjects flounder under the raw emotion of the pain, guilt and ardors of their experiences, she remains calm and neutral, a recorder not a counselor. Behind this craft you feel there is another story, an account of how she came to find and choose Maggie, Lina and Sloane as subjects; the steps taken to encourage them to tell their stories; and how she, as an author, was able to retain her neutrality throughout the book’s gestation.

So where does Three Women stand?

Timing can mean everything when it comes to the reception of a piece of art, and as the ‘alien test’ suggests, the behavior of men in Three Women falls very much into the narrative of the #MeToo age. Thus inadvertently—for the author could hardly have anticipated this movement when she started writing in 2011—Three Women feeds into its zeitgeist.

And here I think Taddeo encounters her biggest conundrum, for there is a sense that the power and reverberations of #MeToo suck some of the force from her work – the movement’s rise robbing the book of its potency, the revelations in Three Women no longer original. It’s a shame. If the ground that Three Women covers had been less crowded it may have raised sufficient steam to match its hype. Instead it comes to the party late – less clarion call, more an addition to an orchestra well into its second movement.

The discerning reader might have gathered that I am not completely taken with Ms. Taddeo’s oeuvre. Let me be honest here: Yes the book is well written. Yes it does shine light into the corners of female emotion less explored and written of by woman themselves. And yes, eight years is a bloody long time to research and write a book (and one feels that Taddeo was not the sort of person to stop for a year or two to smell the roses). It’s an accomplished work, but it falls short of its embellishments. Capote can rest peacefully; his most celebrated work remains unchallenged. 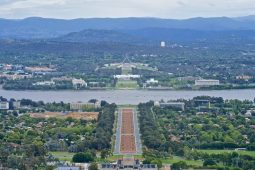 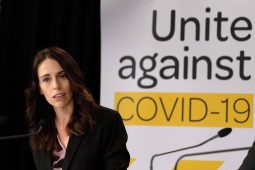 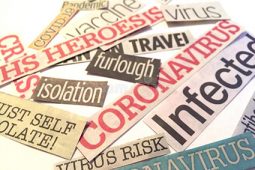 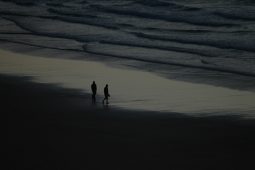 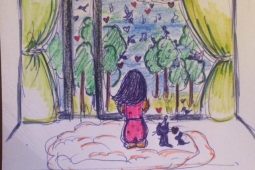