Some words for timely reflection brought to you by Isabell Sinclair-Irwin. Lake Hawea, Otago, New Zealand

I have survived two lockdowns and two pandemics. So far.

The first pandemic arrived in New Zealand during the summer holidays of 1947-48.  I was 9 years old.

The virus was called Infantile Paralysis. It mainly affected children, could lead to irreversible paralysis and up to 10% of infected children died when breathing muscles became immobilised.

When the virus cut loose in New Zealand, suddenly everything and everyone beyond our farm gate was treated as infected and could not come in.

My parents were terrified I would catch Infantile Paralysis because I had been a ‘sickly child’. By age 9 I’d already had pneumonia, double pneumonia (whatever that was – all I remember was either mum or dad watching over me 24 hours a day in my bedroom to keep me alive, and me feeling like I was on fire), English measles, German measles and whooping cough.

No antibiotics in those days only revolting sulphur tablets. And homemade soap.

The homemade soap mum made – with carbolic acid in it I think – became double strength and almost took the skin off your hands.

Towards the end of the summer school holidays the Government decided schools would not open at the beginning of the school year.

I was so excited when the package arrived in our mailbox each week.  I could not wait to read what the teachers had said about my previous week’s work and get into the new material.  I worked so hard and enthusiastically that my weeks work was completed in two days and then my mother tried to think of things to entertain me.  Being a girl in the 1940s activities for me were supposed to be knitting and baking. But I wanted to be outside.

There was plenty of space.

I was a farmer’s daughter.

Mum had a much harder time motivating my brother. He was 3 years younger than me and much preferred being out on the farm, a preference that has lasted until this day.

This was life for me for 8 weeks before schools reopened, and the school bus arrived at our mailbox to pick us up.

I was reluctant to go back to school.  I much preferred to pace my own learning and not having to go at the speed of others or be constrained by school bells.

My family was lucky because my brother and I stayed healthy.  I did not end up in hospital like the pictures we saw of kids living inside a metal lung that looked like water tank tipped on its side. I did not lose the use of an arm or leg and have to wear a leather sling or metal callipers like the 4-5 kids at my school that got Polio.

My parents, who were so protective, had got me through my first pandemic.

This nasty little virus has a much more scientific sounding name than Infantile Paralysis. This time it mainly affects the elderly. If we had given it a common name perhaps it would have been Mature Deadness.

When this virus tried to cut loose, suddenly everything and everyone beyond our garden gate was treated as infected and could not come in.

This time it is me not my parents that are terrified I will catch the virus. And just like before there is no cure but this time instead of caustic homemade soap there is hand sanitiser with aloe vera.

Just like the first time around, the Government decided schools would close but this time it is my granddaughters doing school by ‘correspondence’, while I am outside doing gardening like my father once did.

My son tells me the girls work hard and enthusiastically and get their work completed early. They must get this love of schoolwork from their mother, or me, they certainly do not get it from him. My granddaughters also cannot wait to read what the teachers have posted about their work – posted online not in a letter. They too were reluctant to go back to school.

By some quirk of fate I have been the vulnerable group for both pandemics in my lifetime: one at the beginning of my life that affected children and one towards the end affecting the elderly.

My family has been lucky again this time as we all stayed healthy. My government, and all those people younger than me who are sacrificing so much, have been so protective they have got me through my second pandemic. So far. 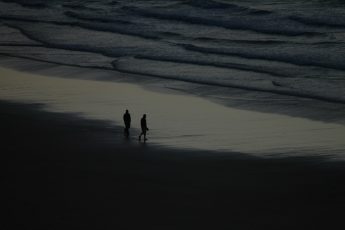 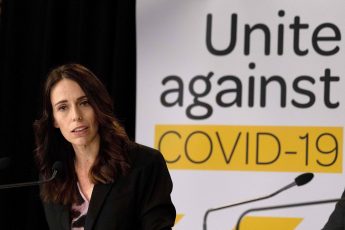