A Crash Landing Into Paradise 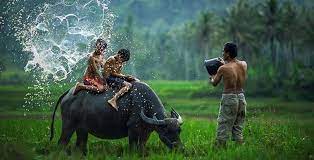 The year 2020 was a particularly bad one for me, the woman I’d assumed would be mine forever turned out to be fickle. After putting all of my emotional reserves (and most of the financial) into what I had stupidly assumed to be my partner for life, I was adrift. Without a home I lived in a camper surviving on a diet of alcohol and self-pity; with the occasional meal.

We all know that dark clouds have silver linings and mine was that now that I was alone I was spending surprisingly little. My ex-wife might have implied in the past that each week I was drinking the equivalent of the Haitian National Debt but this wasn’t the case at all. I was actually saving money and my war chest was swelling! After getting through a bleak winter and suffering yet another bloody awful skin operation I decided that enough was enough and I made a phone call to DialAFlight. In seemingly no time I was on a Singapore Airlines flight to Phuket. There was a transfer in Singapore where I ended up sitting next to a lovely lady from the US who was going to become a ‘digital nomad’ teaching maths. Dear reader I am so naive that she had to explain the term. Also, in the same vein, I explained that I had stupidly forgotten to pack my socks. She simply smiled and said ‘you won’t be needing socks darling’. How right she was. On approach to Phuket she became rather tearful; I suspect that the reality of her venture was hitting home. After all, she’d sold her home. Her new found English fool was simply drifting and blissfully ignorant (of almost everything).

The quality of the Sandbox program had to be experienced to be believed. As we new arrivals approached the desks we were faced by a huge television which was screening our approach. Around each of our faces was a wobbling square which captured our facial temperature; green square good. I was so fascinated that I stopped to stare for a moment. The equipment was made by FLIR, I used to be involved in combustion and I know for a fact that they are industry leaders in the field of temperature measurement; I was both fascinated by the complexity of the Thai operation and also saddened by the fact that I hadn’t seen anything remotely like it in the UK.

We were all sat in pre-arranged lines of chairs and then passed through immigration with impressive efficiency. As for the ladies in uniform, wow! When it comes to a job involving general bossiness we in the UK tend to choose ladies of the larger boned variety; the type with rather short hair, tattoos and a tendency to show more interest in the wife than in the husband if you follow my drift. The lady customs officials in Thailand are recruited from a different line all together; the Chanel line. I wondered for a moment if it was worth all the effort of going to the bars in Patong, I could easily meet the love of my life without even leaving the airport.

Out of immigration I had my first nasal swab. This might be a good time for another first versus third world comparison. Before leaving UK I paid handsomely for a swab that guaranteed a result by email within 24 hours. At the chemist I was given an envelope, quite simply the rest was down to me ‘bring it back before two luv’. The simple truth is this, if I had booked a flight and felt slightly feverish I could easily have asked a friend to take the swab for me. I’m sorry but I struggled with this rather slapdash attitude to a test which was allegedly a major tool to reduce the spread of a rather horrible virus. Switch to the third world and things are somewhat different. A nurse cocooned in a sterile cabin held out a vial upon which is a sticker with all my details. She took the swab and bagged the whole lot up ready for the lab. No mistakes, no cheating; absolute security. Then to a pre-arranged taxi with a separate passenger area. The whole set up was unbelievably well organised.

After an overnight quarantine in the hotel my result came through as negative and I was free to explore Patong, and explore I did.

My first impression was a rather sad one. The pox has hit this town like a sledgehammer, huge venues are wired up with cage fencing, gathering dust. I took the time to count the tables in just one. I reckon it could seat two-hundred and fifty, and that’s just the seats! There are many such venues which must have been previously packed with revellers and busy staff. Walking street, Bangla Road, was deserted, almost eerie. Shades of Pripyat, the abandoned town close to Chernobyl. I supposed that the ones fortunate enough to have a home and family in the provinces (whom they had previously supported financially) had an escape route. For others who were utterly dependent on the Patong tourist industry this must have been a shocking two years.

I met a girl, a masseur, or am I allowed to say masseuse without the gender police battering my door down? May knew everyone including a fella that ran one of the deck chair businesses on Patong beach. When times were really hard and he slept on the beach she and her friends used to buy him food at least once a day. There’s no safety net here, if you don’t work, you don’t eat. He was incredibly happy and upbeat; a joy to be with. He had a simple job, the best office window in the world and a zest for life. As I sat there, sipping cold beer and covertly observing him, I pondered how a windfall might affect his life and outlook. Probably in a negative way I thought, after all, everything for him was just about perfect. How many of us can say that? How many of us with our sodding manicured lawns, our gnomes, our ‘No Turning’ signs. The new car every three years, the holiday villa, not forgetting bridge club, green fees, parish meetings and the Daily Mail dropping onto the doormat every day (who needs low blood pressure?). No, this fella, stood on his beach with his hands on his hips had it all, he was master of these sands, the barefoot lord of all he surveyed.

Without wanting to sound like some kind of ghastly virtue monster, whilst I was in Patong I did try to ‘spread it about a bit’. I would make a point of buying something from the beach vendors and always tip well at bars and restaurants. Compared to these people we westerners are comfortable and in my view we ought to spread a little of that comfort. Despite the very real possibility that these people could be in debt up to their eyeballs they still gave excellent, smiling service; they deserved a good tip.

Eventually I tired of the place. There are those that thrive there, those that know the bars and staff. Those that find the allure of the silicon enhanced beauties irresistible. Those that drink into the wee small hours then surface just before midday to start all over again. These individuals are the perfect prey for what I termed the ‘Marys’. These are the super smart, rather young and often surgically enhanced  darlings that prey upon elderly wobbly western men. The name comes from Mary Anning the renowned Dorset based fossil hunter.

You see, I had to go. I didn’t fit in, I don’t own a singlet and if I was given one I’d use it to wash the car. I detest football and as such most bar conversation left me in a catatonic state. Someone might have given me a lecture on the defensive strengths of Tottenham Arsenal and days later I would still be rooted to the seat staring unblinkingly out of the window, such was the boredom.

Sometimes you just have to move on, so I did. First to Phatthalung and then Songkhla where I bought a Honda Wave (almost everyone in Thailand rides a Honda, the others ride a Honda) and rode it non stop back to Phuket. My backside and I are still not on talking terms. I met a girl on-line and travelled to Surat Thani. We rented a bungalow and embarked on what is known as a relationship. That is to say, fighting and loving in equal measure. So far so good.

My son sent me a WhatsApp message saying that in Manchester he had just turned the heating on. My reply might have seemed a little smug, provocative even. I said ‘what’s heating?’ 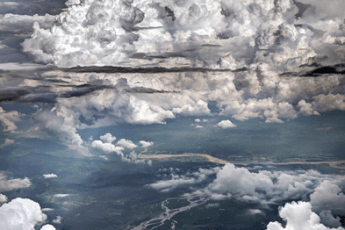 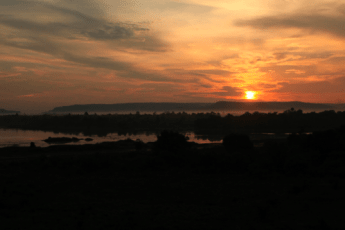 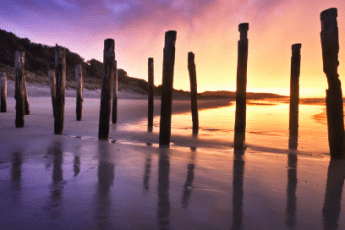