“Money, that’s what I want” 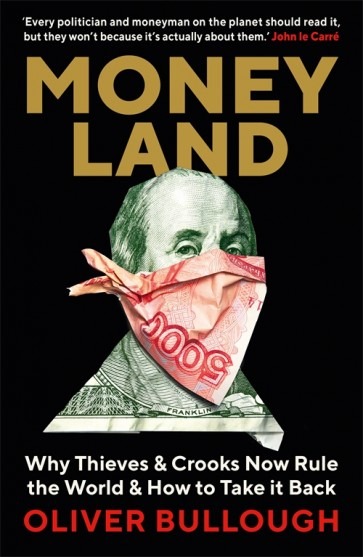 I don’t understand the exotic fiscal intricacies employed by the rich, which is possibly why I’m not rich.

I don’t really understand shell companies, companies within companies, offshore trusts and some such, which is why I don’t have any.

Hence it was with trepidation that I began reading Oliver Bullough’s startling book, Moneyland, which explains how the super-rich stay super rich.

Happily, the book promptly put me at ease, because the author stressed that the whole point of the machinations the super-rich undertake to hide their money is an unparalleled complexity that few can understand,  apart from a tribe of high-priced lawyers paid to create and hide dosh behind said complexity.

“I feel the same about the way offshore structures have warped the fabric of the world. But if this dizzying realization sends me out of the house and away from the screen, there’s no escaping it.  The building where I buy my morning coffee is owned in Gibraltar.”

Gibraltar of course being one of those countries dubbed an offshore haven, and Bullough gives an easy-to-understand example of the concept of offshore – of being legally absent while being physically present.

He discusses the pirate radio stations that began emerging in the UK in the 1960s when the BBC had the only radio licence and writes that these radio stations,

“…moored their vessels outside British territorial waters, set up radio equipment, and broadcast pop music back into the UK. Many people called these radio operators pirates, but others called their stations something else: offshore.”

Bullough notes that the concept of offshore was useful, and the term started to be employed to describe financial transactions as well.

Bullough also cynically notes,  “If we spent all of our time trying to puzzle out what is really happening, we’d have no time to do anything else.  It’s no wonder most sensible people ignore what the super-rich get up to.”

And what the super-rich get up to is amassing so much money that the amounts can make heads spin, and that there is so much money sloshing around looking to be spent that it has created a new field of economic study, plutonomy

According to Investopedia, plutonomy is an economy that exhibits massive income and wealth inequality, and where the spending and consumption activity of an extremely wealthy minority have an outsize impact on the economy.

And according to Bullough, plutonomy also leads to, or creates, a new world.

“I call this new world Moneyland,” he writes, “Maltese passports, English libel, American privacy, Panamanian shell companies, Jersey trusts, Liechtenstein foundations, all add together to create a virtual space  that is far greater  than the sum of all their parts.”

Moneyland is the province of the world’s new ruling class, a global super-rich society interested only in amassing super wealth.

The latter includes criminals as well as sundry despots who head countries and strip the country’s coffers bare via corruption and other means, while spending, for example, $1.04 million on a wrist watch when their ordinary citizens struggle to live on $10 a month.

As Bullough writes, “It is remarkably easy to loot a country providing you are in charge of it.”

Author Bullough presents his case in a tightly and sparely written book, dense with information that shocks.

He avoids the tabloid trap of describing how disgusting the behaviors of rich people can be, although he does give an example of traveling first class with a super-rich woman who wore diapers because she couldn’t be “bothered” going to the toilet, and who became embroiled in an argument with the flight attendant as to who would change the diaper.  The flight attendant ended up doing the dirty work.

But Bullough does give plenty of examples of the disgusting amounts people spend on things, such as the aforementioned $1.04 million watch, and he bemoans the fact that some of the best real estate in some of the best parts of the world’s best cities   sits mostly empty – London apartments, for example, worth figures like $55 million that are used only a couple of weeks a year by wealthy wives who drop into town for shopping sprees.

On the obscenity of  such property, Bullough quotes another author,  New Yorker Michael Gross and his 2014 book, ‘House of Outrageous Fortune: Fifteen Central Park West, the world’s most powerful address.’

Gross writes,  “Fifteen Central Park West is more than an apartment building. It is the most outrageously successful, insanely expensive, titanically-tycoon- stuffed real estate development of the twenty-first century…it represents the resurrection and the life of our era’s aristocracy of wealth.

“No longer dignified, unified, well-born, or even well-bred, they enjoy unheard-of-incomes and the most extraordinary standard of living in history.”

And yes, Trump and his cohorts do get mentioned in the book.

And yes, Bullough does ultimately sound the warning that this inequality, this profligacy must end, will end, and the end will probably be messy.

He quotes Brooke Harrington, author of books such as Capital Without Borders, and Pop Finance.

She lays out what can eventuate in the wake of money launderers and super-clever deviant lawyers working for the super-rich stuffing up the global system.

“Their work radically undermines the economic basis and legal authority of the modern tax state,” she writes, “Using trusts, offshore firms, and foundations, professionals can ensure that inequality endures and grows in a way that becomes difficult to reverse short of revolution.” 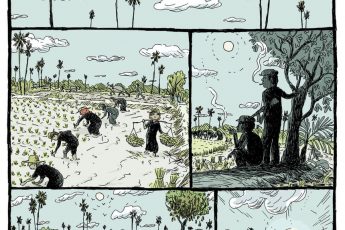 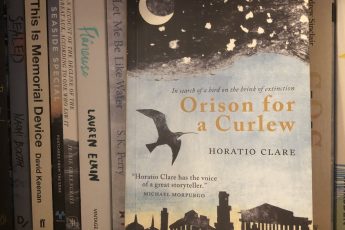